Welcome to From the Staff​

A compilation of blog posts, information and videos provided directly from the staff at the Julie Valentine Center.
​
Please check back regularly for updates.

Thanks to your generous giving, we raised $81,000 for the 12th annual Julie Valentine Center Run2Overcome 5k/10K virtual challenge presented by
The Haro Group at Keller Williams Historic District!

Here are some additional runner and walker pictures! Some from Ohio, some from West Virginia, some at night as a candlelight vigil in honor of JVC clients and coworkers, some at the crack of dawn, some on flat roads, some in the mountains, some as a group, some alone, some survivors, some JVC staff, some current and former JVC board members, some old friends, some new friends. All united for the same cause- to join with Julie Valentine Center to end child abuse and sexual violence!

​From the bottom of our hearts, thank you!
2020 Run2Overcome T-Shirt Pick-up at Fleet Feet - Thank you to all of our amazing volunteers!
Pie Time!
Participants got creative this year with fundraising ideas! Jenna, challenged our Executive Director, Shauna to a fundraising challenge. First person to get to $1000 gets to pie the other person! Between the two of them they raised over $2500 and Jenna raised $1000 first! As promised, Shauna and Jenna ended their run today with some pie! Thanks Shauna for being a great sport!
Kira Hendricks is a hero! She is leading the way and giving back by sharing her story and challenging herself and others to be a part of the fight to end sexual assault. As she says in this powerful interview, “You are making a difference in someone’s life that you will never meet, but at least you are saying to them, Hey, you are important to me. I don’t know you, but I love you.” Join Kira in supporting JVC by registering for and donating to
Run2Overcome 5k/10k Virtual Challenge
.

Julie Valentine Center Crisis Director
Jamika Nedwards
Our Country is experiencing unprecedented times. The pandemic and civil unrest has cast us all into a territory that is unfamiliar, anxiety- provoking, and fearful because we do not know what the future holds. The issues of systemic and institutional racism are not new topics but they have been thrown into the forefront of society these last few weeks. Many people may see the issues of systemic/institutional racism and sexual assault as separate however, these issues intersect in many ways especially for Black Women. The same attitudes and behaviors that allow sexual assault to happen are the same attitudes and behaviors that are rooted in colonialism, racism, sexism and many others.

Black women have experienced the dangerous intersection of colonialism, racism, and sexism for centuries. Sexual assaults routinely go unreported and under-addressed in the Black community. “Over eighteen percent of Black women will be sexually assaulted in their lifetime (Maryland Coalition Against Sexual Assault). This percentage only represents the number of women who report their abuse. In order to address the issue of sexual assault, it is imperative that we look at how colonialism and racism created unique barriers for Black sexual assault survivors.

Colonialism is the “control of one power over a dependent area or people (Blakemore, 2019)”. It often included exploiting the native people for economic control and gain while forcing their culture on everyone under its control. The exploitation did not stop at economic gain but often included the exploitation of Women’s bodies in violent ways. “In the colonial worldview, only “clean” and “pure” bodies deserved to be protected from violence... Violence done to “dirty” or “impure” bodies simply does not count as violence (Blakemore, 2019)”. Native women were seen as dirty, undeserving of protection and therefore rapeable. Colonizers used sexual assault to kill and control the native population. Eventually labor demands had grown and the colonizers uprooted more native communities to expand their farmlands. Landowners were looking increasingly to African laborers to do the work, since their lower death rates made them more valuable and more permanent than temporary indentures. They responded to labor demands by purchasing and kidnapping more African people. The concept of using violence to control and oppress people was racialized and extended to slaves when they were brought to this country. (Kendi, 2016)
​
“White slave owners used rape to reproduce an exploitable labor force. In 1662 colonizers added a law that stated “all children borne in this country” derived their status from “the condition of the mother”. “With this law in place, White slave-owners could now reap financial reward” from sexually assaulting Black Women (Billings, 2007). Children of Black slave women inherited their slave status, so it was economically profitable to systemically rape Black women to reproduce their slave labor. Black women were seen as property of their slave-owners, so their “rape at the hands of these men did not count” (Blakemore, 2019). “The myth that Black women were vessels for sexual desire were used to justify enslavement, rape, forced reproduction, and other forms of sexual coercion. The function of these processes were to further dehumanize women of color, making it “culturally acceptable” to abuse Black women and other women of color (Black women and Sexual Violence)”. During this time, Black women were also assigned labels to justify dehumanizing and sexually assaulting them. Black women were viewed as the “Mammy”, the unattractive, asexual women who was only good to take care of the needs of the slave master, his family and home. “The image was constructed to justify the presence of house servants and, later, domestic workers in the homes of White people (Racism and Sexual Violence)”. You see this today in the Aunt Jemima images that are used on some popular brands. You also see this today within the service industry. “In the U.S. workforce, blacks are disproportionately represented in low-paying service jobs like cashiers, call center employees and food service workers compared to higher-status jobs (Gradney)”. The implication of this image is that the “Mammy” was only good to serve other’s needs and could not be sexually assaulted. She was not sexually desirable and therefore if she reported being assaulted, she was lying. The next common label was “Jezebel”, this label viewed Black women as promiscuous and always willing to have sex. “This image was used to justify the systematic rape of Black women during slave passage to the Americas and by White slave-owners (Racism and Sexual Violence)”. Black women who had this label put upon them were perceived to want sex and so it was impossible to rape them. You see this stereotype today in the “adultification” of black girls. Blacks girls are seen as needing less nurturing, being more sexual or flirtatious (i.e. being fast), and being more independent and needing less protection. The last common stereotype was “Sapphire”, this label saw Black women as loud, combative, and angry. We see this now with the stereotype “angry Black women”. This image has been used to justify sexual violence and police brutality against women as a way to punish them. Time and again we see these stereotypical representations of Black women played out in media coverage and public commentary about people of color who are victimized in any way, especially sexual (Racism and Sexual Violence). These societal messages and images perpetuate the subconscious biases, covert and overt prejudices, discrimination and racism that we see in our society today.

Black women have a unique history of racial and social injustices that lead to higher rates of victimization and increased challenges in reporting and seeking healing after an assault. To address the barriers that Women of Color experience, specifically Black women, we all need to understand the intersectionality of racism, sexism, colonialism and sexual assault. Remedies for ending sexual assault will have to include dismantling racism, ending systemic oppression and looking to create equality and equity for all. We all have a vital role to play in tackling these injustices. Our society is seeing a necessary change take place and these issues can no longer function as our normal way of life.

Gradney, A. (n.d.). Black Employees in the Service Industry Pay an Emotional Tax At Work. Retrieved from The Conversation: https://theconversation.com/black-employees-in-the-service-industry-pay-an-emotional-tax-at-work-94002 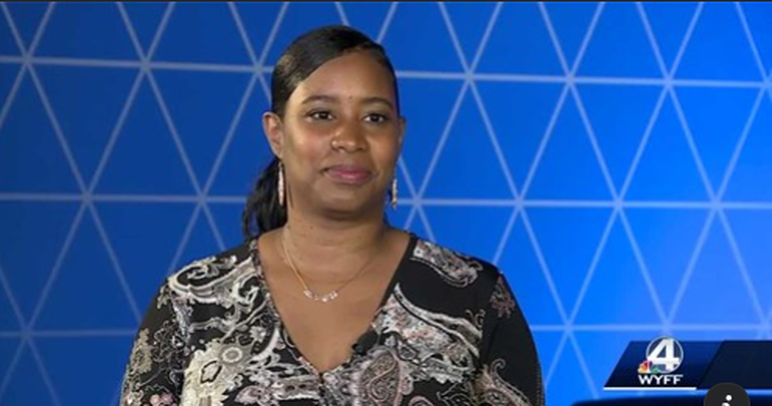 ​
“Historically, the victimization of Black women has not been taken seriously.” - Jamika Nedwards
Watch this important conversation about the intersection of racism and rape culture. 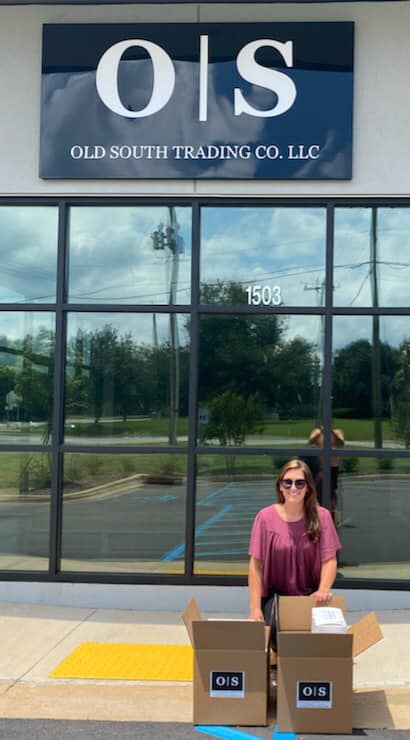 ​A huge thanks goes to Old South Trading Company for their generous donation of 1000 masks to keep our staff and community safe!

We want to also thank @pintailcp for their amazing participation! Check out their fun team pictures below. ​
Sidewalk Chalk Art Contest
​ We had a dozen entries in this great family-friendly activity! Winners will be contacted through our Instagram and Facebook Social Media sites. Thank you for showing Julie Valentine Center some love with your sidewalk/driveway/street art on social media.

Edith Surgan Victim Activist Award
The Edith Surgan Victim Activist Award was established in 1984 to celebrate the life of Edith even while she was dying of cancer. Edith’s daughter Helen was murdered in New York in 1976. Thereafter she moved to New Mexico where she became a tireless advocate for legislative change and the establishment of victim services. She became a national force for establishing victim compensation laws, the passage of bills of rights for victims and the implementation of such legislation. Her last major speech was by telephone from a nursing home bed to the 1983 National Judicial Conference on Victim Rights that resulted in landmark recommendations for the judiciary on responding to victim issues. This award is given to victims or survivors who demonstrate a life of commitment after their victimization to promote rights and services that help change the lives of victims."

KC Cox is nothing short of a superhero and that is why it is no shock that he has been awarded The Edith Surgan Victim Activist Award. It has been a privilege to know and see KC grow in his activism. Not only does KC speak up for other survivors, he has been active in supporting the work of the Julie Valentine Center for years now. Anyone who comes into contact with KC recognizes his passion for creating an environment where survivors feel supported and believed. It is an honor to know you and we can't think of anyone more deserving of this award.
​
https://www.trynova.org/ncvrw/

JVC Volunteer Appreciation Week
The Julie Valentine Center depends on great volunteers. From advocating for victims to helping with simple service projects there are always opportunities to lend a helping hand. Without volunteers, our services could not exist.